Brad Downeys statue “Melania” is all over the media since it’s inauguration on 4.7.2019. Please read more about the film.

The sculpture of the president’s wife is made by a local pipe layer and amateur chainsaw sculptor named Maxi. Both Maxi and Melania were born on the same year in the same hospital, but their lives have taken drastically different directions.

For the film, Downey and his team spent several months filming interviews with Maxi along with locations around the town. The result is a personal portrait of Maxi and his thoughts about Slovenia, the USA, Europe, immigration and class division. Through these interviews the film attempts to capture the spirit of Slovenia, which seems to be mirrored in Maxi’s interactions with his family, environment and his feelings about art, God, love, and country. By focusing on one working class man’s portrayal of a public and internationally known personality, the film offers insights on local and global problems and policies illuminated by the USA and Europe and beyond.” thanks: Aljaž Celarc , Miha and Jaka Erjavec 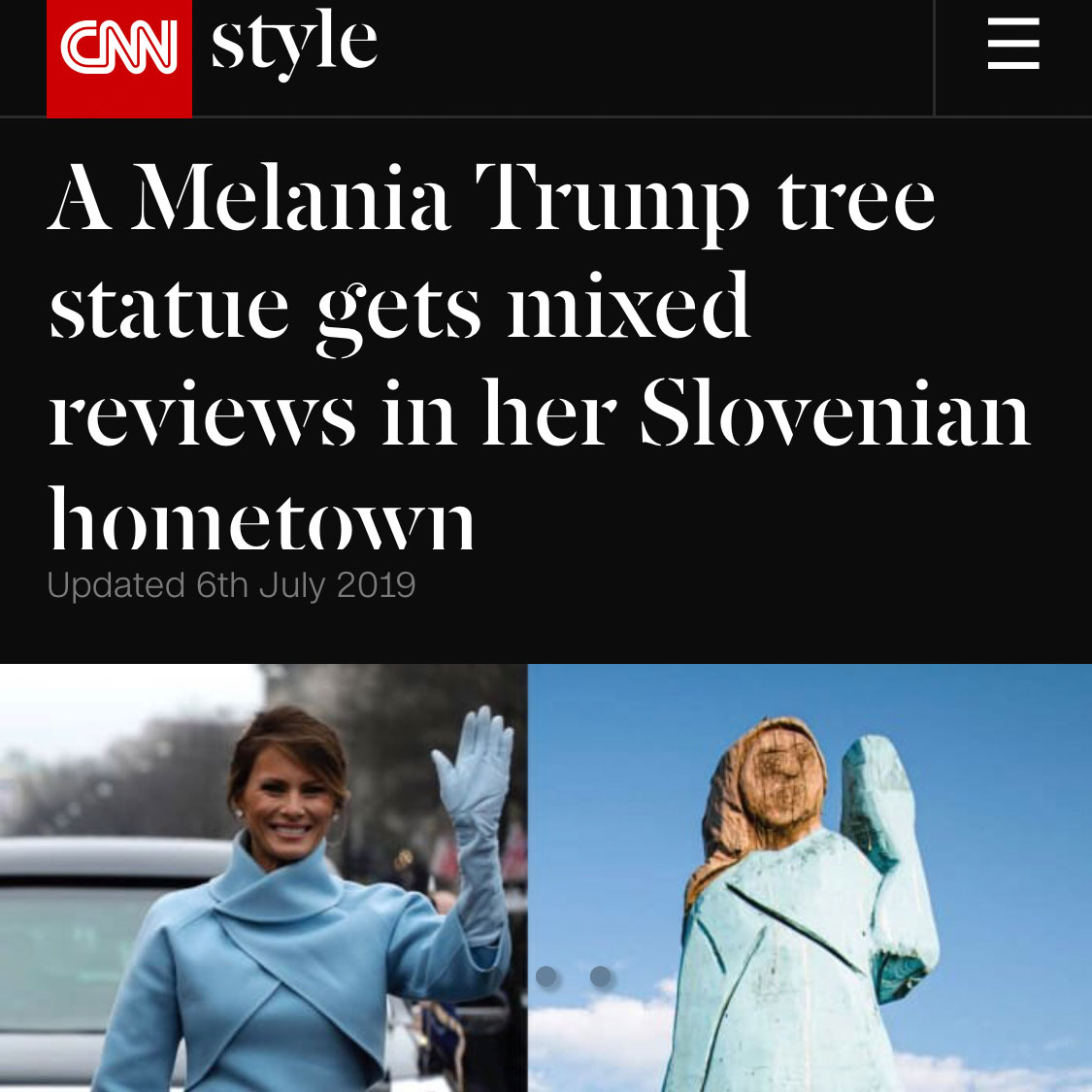 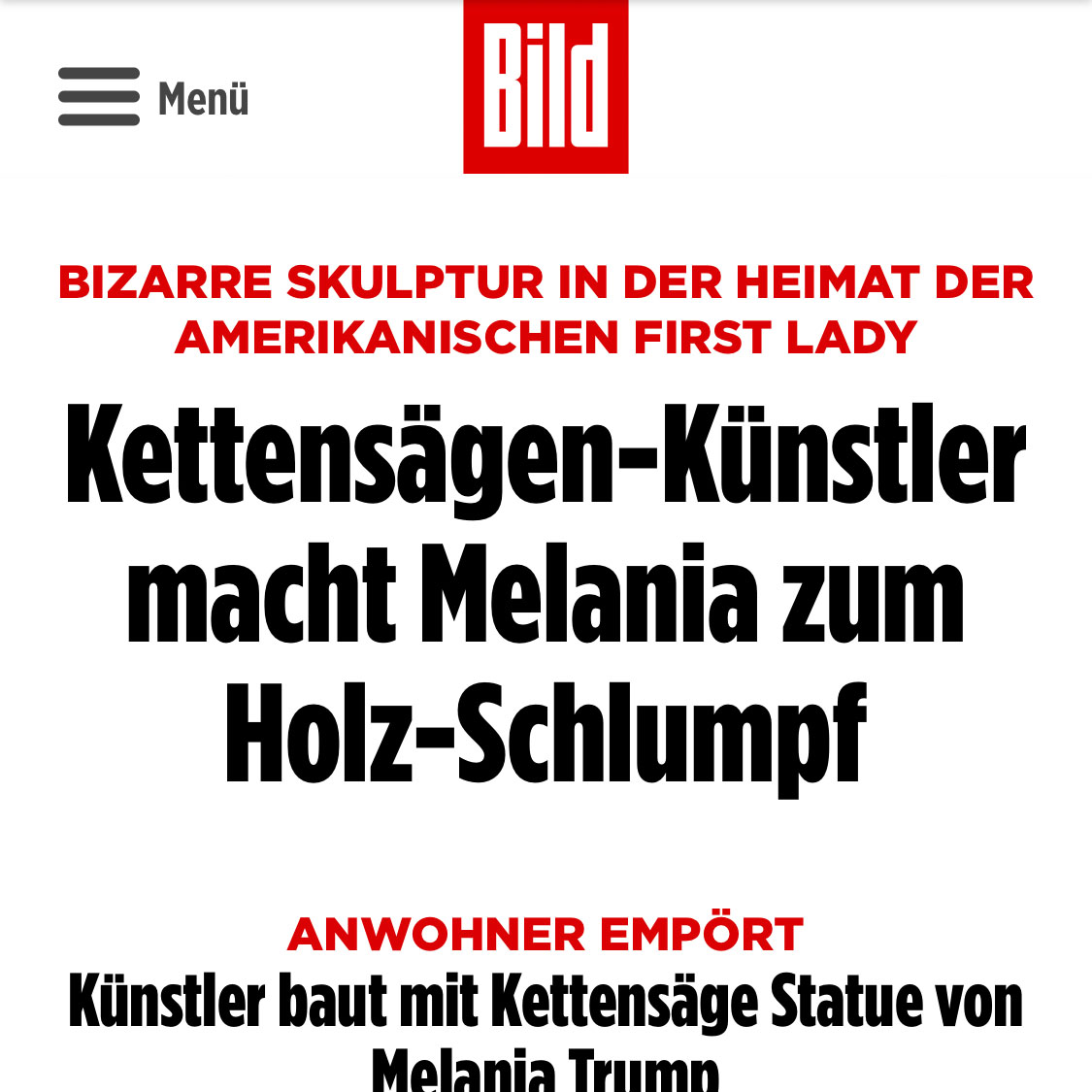 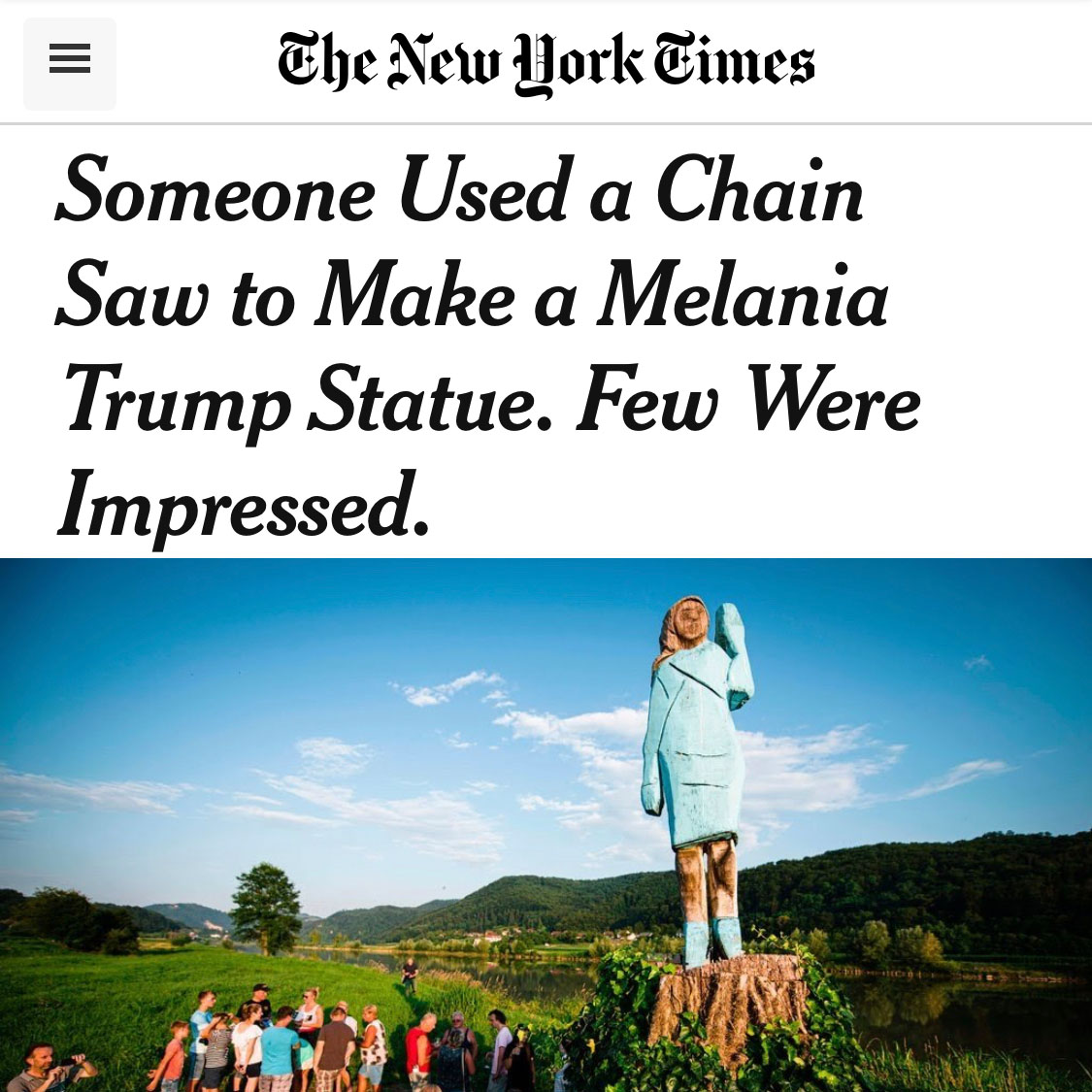 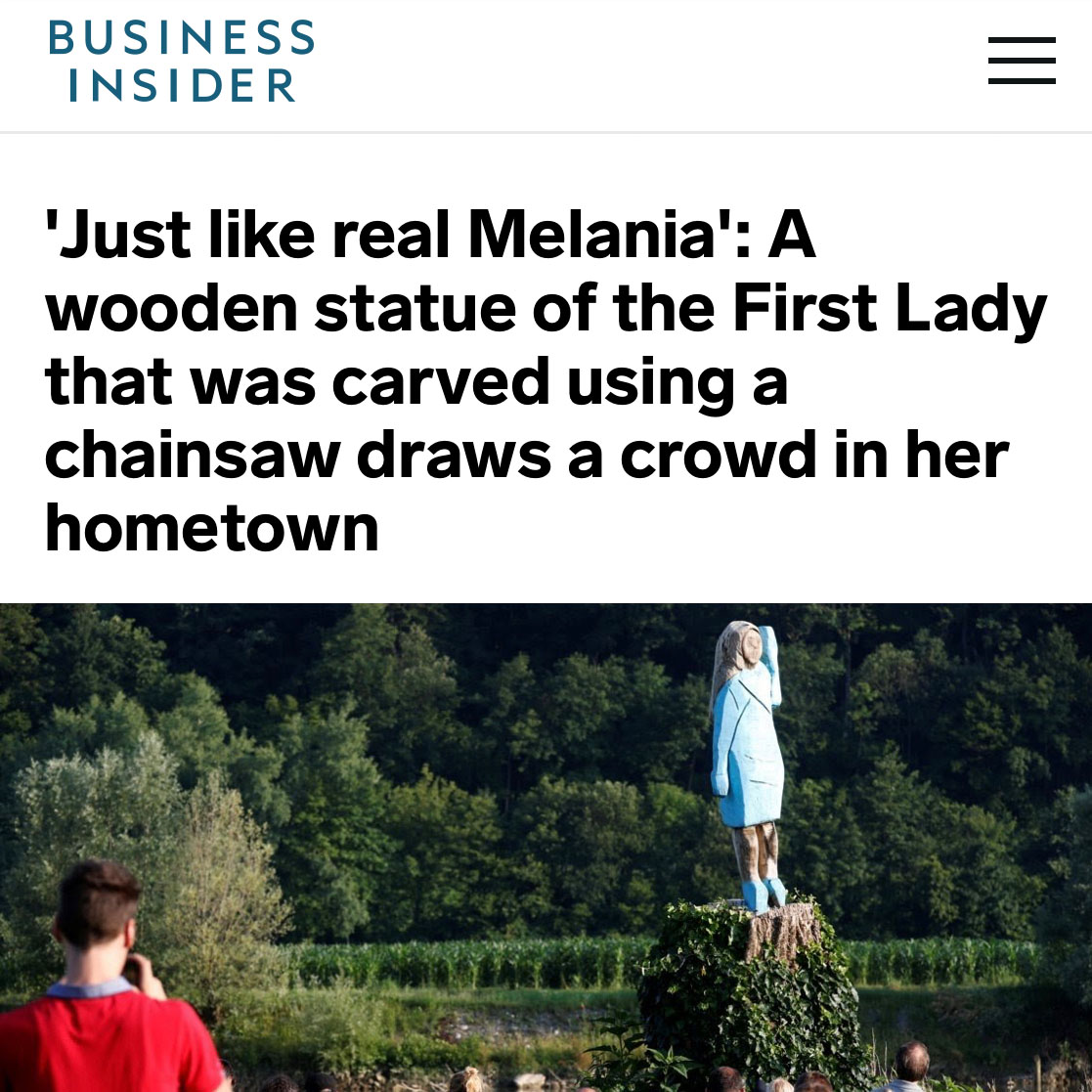 Please sign up for the newsletter to get invitations to openings and events.